How to Split Screen on Mac
& Boost Your Productivity

Sometimes, one view is not enough to present information a user needs.

For example, it's more efficient if a Mac user can simultaneously see where the data is coming from and where they have to input that data. Multi-taskers also benefit from having two or more screen views to quickly finish their workload.

People also use different views to play media content while working at the same time. Each person has his or her way of managing productivity. This productivity is significantly boosted with the right tools at hand.

What is a split screen?

This can be pretty overwhelming for non-split screen users at first, but it's a cool and convenient method to segregate work and eliminate app switching and a lot of trackpad gestures.

But how does it help with productivity? Being productive demands focus on the work being done at the moment.

Depending on the work users take on, they can open and run one or two applications at the same time by splitting screens. Some even have dual monitors that can run multiple applications.

Editors, for example, greatly benefit from split screens. With drag and drop features being common nowadays, it's easier to import files when having two screens. This feature is also a great alternative to buying monitors which eats up the workspace.

How to split screen on Mac

Apple calls this Split View. It requires OS X El Capitan or later versions. The instructions vary depending on the operating system. For those who have macOS Big Sur, there are two ways to do a split screen.

First, open a window and place your cursor over the green, full-screen button found on the upper left corner. Hold the button and wait for a menu to show up. Choose “Tile Window to Left of Screen” or “Tile Window to Right of Screen.”

Whichever you choose, a window will fill up that side of the screen. Open another window and repeat the same actions to fill up the other side.

If a window is in full-screen mode, click “Exit Full Screen” first then hold the full-screen button again to tile it on the left or right side.

Another way to make a split screen is by swiping up with three or four fingers and entering Mission Control. At the very top, windows per desktop will appear in small rectangular boxes. 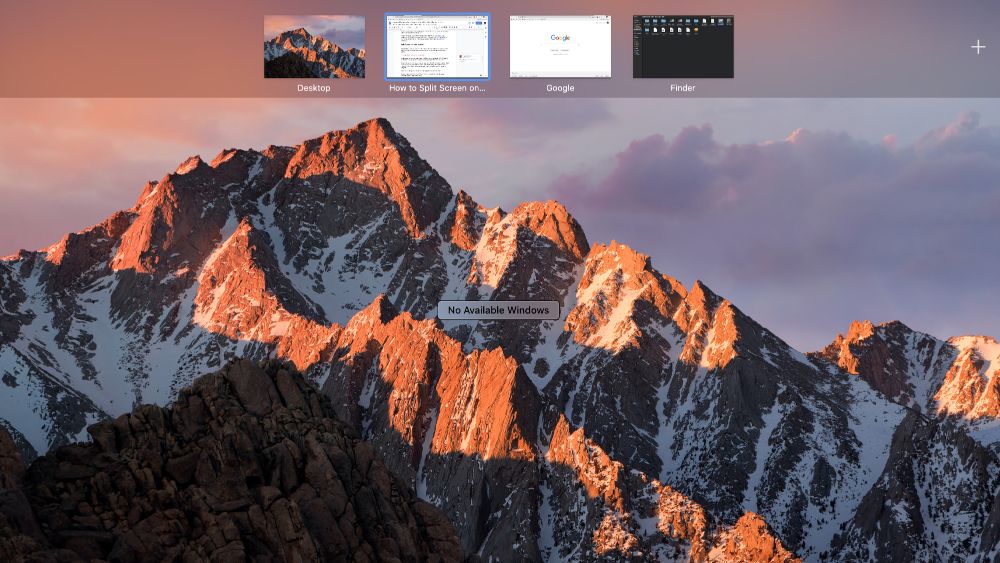 Hold and drag a desktop over another desktop. Wait for a plus sign to appear on the overlaid desktop then release the hold. Combining two different windows in this method reduces the number of currently used desktops.

But Split View does have one flaw: it creates just two views in a static vertical position. Once split, a black divider will show up in the middle. This divider can only minimize either view horizontally.

What if users have more than two applications to run? What if a vertical position is not the most optimal view for a specific website or app?

Once installed, the tool can be found in the menu bar at the top of the screen. Users can then choose from the window management options on how they want their split screen display to look like. 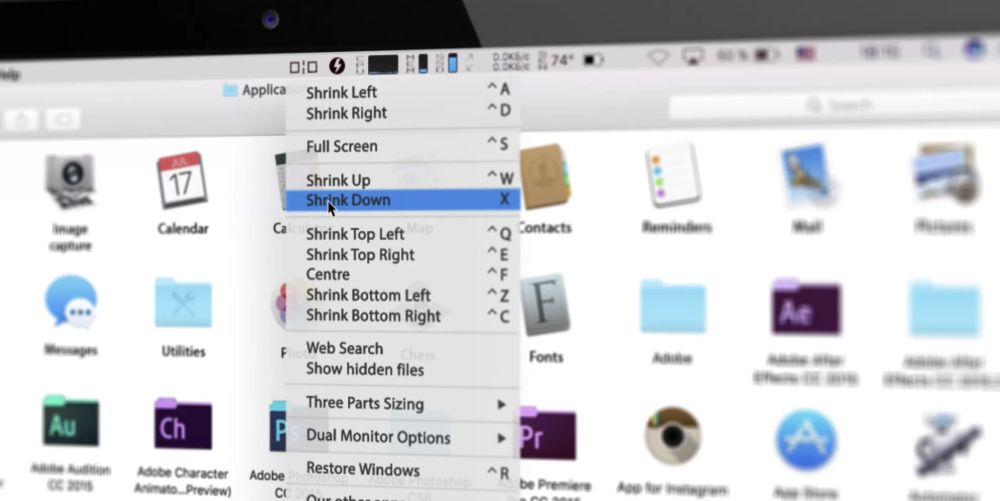 Windows can now be shrunk up and down, enabling horizontal view positions. Playing around with the shrink options also allows window resizing (which are not found in Split View).

The app also adds another window to be split, granting a total of three windows to utilize. This is the perfect set up for users who have one or more websites or apps used as a reference. No more back and forth from multiple desktops and no more clogged windows from having too many tabs.

Aside from that, all opened applications are just a gesture away from each other.

The drag & snap feature found in Windows 10, which is non-existent in macOS, is also accessible for Split Screen Ultimate users.

Finally, the Split Screen Ultimate tool has dual monitor support. If three windows are not enough on one screen, then why not have six windows in two screens?

Just plug in a monitor and click the Dual Monitor Support under the window management options. Windows can now be resized on either screen.

Whatever the outcome, users will get to enjoy all the resources, sites, and apps they need to make relevant output.

There's a steady rise of applications and software being created to ease manual work and improve work efficiency.

Like the Split Screen Ultimate, it's a tool that can maximize the potential of one or two screens. It's a cheaper and more economical alternative to purchasing multiple monitors. It has a small price to pay for the wealth of benefits it can add to a person's daily workflow.

There are a lot of tools on the App Store which targets productivity. Most are free, others are paid. It's okay to depend on free tools for now, but paid tools or upgrades will always yield better results.